The picture above is Squirt. Sitting in a basket he’s claimed as his own in the living room. My companion. Kind of like K- 9 was for The Doctor and Sarah Jane. 🙂 Although I don’t think he’d be very good for time and space travel. Ah, well.

The Cat, which he’s called more than his name, is curled up against my foot under the desk. I moved stuff around so I could stretch my legs out better under the desk and he has since claimed the spot. Sigh. I just got a call from the vet’s office to make an appointment. The Cat needed to go in for a few things. Two weeks out. Then he’ll hate me for a while.

It’s a beautiful day, the windows are open, the kids until just now have been having a great time outdoors at the school across the way. And I’ve sat here staring at the computer with no words coming that I can write. I’m three fourths of the way done with my current work in progress, and haven’t written a word in two days. But I had several weeks of long, long days of writing, and maybe the brain, and sleep deprived body, are just saying enough! I have also started to blog several times and end up staring at the screen and then giving up. Writer’s block? Laziness? Is there a Fall fever like there is a Spring fever?

I truly want to have something of significance to write, to encourage people, to help them understand how important they are to God. And, here I sit. I don’t want to watch television. I don’t want to stream anything. I did finish watching a sermon series on the goodness of God. I realized that since I quit having Thursday as my dedicated day just for study, prayer, and just being in His presence, my discipline has weakened a lot. So yesterday that began again. As has the decision to monitor a little better the writing schedule so these burnouts don’t happen again. If this non-writing stint would last much longer, I’d just give up on the novel that is so close to being done. I trust God’s direction in that. Tonight (I seem to write better in the evening) I will write at least 100 words. Even if they are horrible and I delete them the next day, I will have written. It is a beginning.

I guess the best I can offer you today is to hang in there, even when things don’t look like they are going to work out, you can trust God. He has a plan, a good plan, for each of us. Sometimes it requires getting out of His way. Sometimes it just means we need to learn a little more patience.

I hope you are having as good a day as you can. I know that in the west the fires are horrendous. In the south and east the hurricanes, tornadoes, and torrents of rain have done so much damage. The world is still in chaos with the COVID-19. Our numbers in my hometown have started to go up again, so now masks are required in all buildings, no matter how many people it holds. I know that violence continues in major cities, and not so major cities. I know our crime rate rises. Just the other day I sat here while police sirens were all over this neighborhood as police helicopters flew above. I prayed. For anyone that might be touched by what I was seeing and hearing. It seems like the world is strained to the max, but I know, I think we all know, it could be so much worse. I pray it doesn’t happen.

If only we could love our neighbors as ourselves. It wasn’t a suggestion from God, believers. It was a command. We are so self-absorbed, so willing to believe we “deserve” anything we want. We have to be honest, painfully honest. We all fail in that area. I know I do, and I repent. It’s not about me. I’m not God. Neither are you. But believers, we are His children, and He’s chosen to save us instead of giving us what we really deserve, eternal separation from Him. If we have accepted Jesus by faith, then this is not our home, we are just visitors, and we can trust that as much as He is a loving God, He is also a just God.

And so ends my rambling. God bless you, my friends! – Vicki 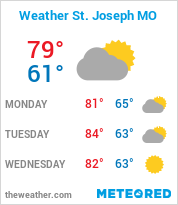